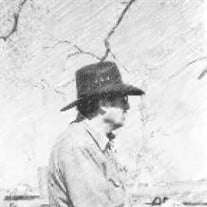 Iowa – Henry A. “Chuck” Fontenot, 67, passed away in a local hospital Sunday, January 17, 2016 surrounded by his family. Chuck was born in Lake Charles on January 10, 1949 to the late Henry and Opal Ida (Miller) Fontenot. He was a graduate of Lacassine High where he was a member of the Lacassine High State Champion Basketball team of 1964. He also attended Sowela and served in the U. S. Army during the Vietnam War, where he was a diesel mechanic and jungle runner. When he returned from the war, he farmed rice and soybeans with his family. Chuck was a member of the Knights of Columbus; Millwright Local and VFW. He enjoyed raising cattle, alligator and duck hunting and being with his family. He is survived by his wife of 17 years, Sharla P. Fontenot; daughter, Spring Racca (Fred); sons, Travis Pousson (Lauren), Tanner Pousson of Lacassine and Brent Fontenot of Bell City; siblings, Howard Fontenot and companion, Donna Smith of Canton, TX, Henriette Akers (Wayne) of Carlyss, Bernadette Navarre of Lake Charles and Hilery Fontenot of Lacassine; 6 grandchildren, Hunter, Natalie and Kinley Racca, Madison, Jaycee and Brayley Pousson and numerous nieces and nephews. His parents and grandparents preceded him in death. Funeral services will be in St. John the Vianney of Bell City Wednesday, January 20, 2016 at 1 p.m. with Rev. Dwayne Smith and Father Emmanuel Tanu officiating. Burial will follow in Lacassine Cemetery. Visitation is Tuesday from 3:30 p.m. until 9 p.m. with a Scripture service at 7 p.m. in Johnson & Brown Funeral Home and will resume Wednesday from 8 a.m. until 12:30 p.m.

The family of Henry "Chuck" Fontenot created this Life Tributes page to make it easy to share your memories.