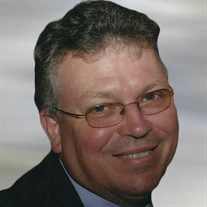 Prairieville- Henry Calvin Welch, Jr., 58, passed away in his residence surrounded by his loving family on Tuesday, July 22, 2014. Henry (H.C.) was born in Lake Charles on August 17, 1955 and raised in Moss Bluff. He attended Marion Elementary, Moss Bluff Elementary and Sam Houston High School, where he graduated in 1973. He was a member of the Sam Houston High Band and excelled at playing the bass clarinet and saxophone. He was a recipient of the John Phillip Sousa award and a Band Scholarship to McNeese State University. He worked briefly after graduation at Boise in DeQuincy before beginning his career with Gulf States/Entergy in 1973. He worked for 38 years in various positions throughout the years in Louisiana and Texas before retiring in 2012. He was an accomplished musician, talented singer and writer and a gifted speaker & mentor. He shared his talents and abilities through the years by teaching Sunday School and involvement in the Music Department of the churches he attended beginning at First Pentecostal in Lake Charles, LA. His proudest and greatest personal accomplishments were his children, Stuart and Kayla and son-in-law Royce Hebert, and the love of his life and constant companion, Melissa. The family would like to thank the many friends, neighbors, and extended family members for their loving support during this long journey. Thanks to Bridgeway Hospice for their constant care and support during the last few months. A special thanks to owner Bobbie Cotten, Nurse Shannon Hebert, CNA Victoria, and Chaplain Ryan Hartzell. Also very special thanks to their wonderful friend and sitter for the last two years, Vickie Brown, who loved H.C. and the family as though they were her own. We also would like to express our gratitude to Joe and Kelli Brown Johnson, Johnson & Brown Funeral Home for their compassion and kindness towards our family during our time of our grief as we prepared to say goodbye to H.C. He is survived by his loving wife of 39 years, Melissa Hill Welch of Prairieville; son, Stuart Theron Welch of Lafayette; daughter, Kayla Lanelle Welch Hebert (Royce) of Prairieville; mother, Judy Ann Welch of Moss Bluff; brothers, Mark Mosher, (Candy) of Ragley, Ricky Mosher of Ft. Lauderdale, FL, Michael DeWayne Welch, (Brandi) of Ragley, Alan Shane Welch, (Shelly) of Hammond and Donald “Peanut” Viator, (Kathy) of Decatur, AL; sisters, Phyllis “Ce Ce” Welch Holley, (Rev. Archie) of Moss Point, MS and Donna Jean Goodeaux, (Tommy) of Sulphur and a grandson, Sawyer Henry Hebert, due in September. He is preceded in death by his father, Henry C. Welch, Sr. and brother, Jeffrey Blane Welch.

Prairieville- Henry Calvin Welch, Jr., 58, passed away in his residence surrounded by his loving family on Tuesday, July 22, 2014. Henry (H.C.) was born in Lake Charles on August 17, 1955 and raised in Moss Bluff. He attended Marion Elementary,... View Obituary & Service Information

The family of Henry Calvin Welch Jr. created this Life Tributes page to make it easy to share your memories.

Prairieville- Henry Calvin Welch, Jr., 58, passed away in his...

Send flowers to the Welch family.