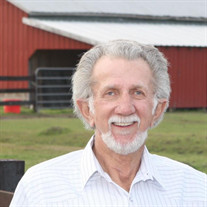 Iowa – John “John V” Vernon Nunez, born on February 19, 1946, son of the late Bernard Dale Nunez, Sr., and Laura Jane Theriot, passed away August 15, 2021, at the age of 75, after a lengthy illness. John was a graduate of South Cameron High. In his early years, he was a contract construction superintendent. In retirement he enjoyed shrimping and fishing. He and his wife, Alice, attended St. Raphael and St. John the Evangelists Catholic Church. He loved to dance and go camping with family and friends. John always had a garden, and could grow the best vegetables and fruit. He is preceded in death by his parents; son, Vernon Joseph “Joe” Nunez; siblings, Bernard Dale “Boy” Nunez, Jr.; Juanita Savoie, and Arnita “Petie” Barentine. John is survived by his wife of 30 years, Alice Nunez; children, Kathy Nunez; Stephanie Nunez, and Ronnie Nunez (Sara), all of Iowa; siblings, Henrietta “Sissy” Childers, and Cassandra Elaine Daigle (Gilbert); grandchildren, Jonathan; Shawn; Olivia, and Evan Nunez. A Mass of Christian burial will be in St. Raphael Catholic Church on Thursday, August 19, 2021, at 10 a.m. with Rev. Anthony Fontenot, Celebrant. Burial will follow in Lacassine Cemetery under the direction of Johnson & Brown Funeral Home of Iowa. Visitation will begin on Wednesday from 4 p.m. until 8 p.m., with a rosary recited at 6 p.m. Visitation will resume on Thursday in the funeral home from 8 a.m. until 9:30 a.m. As per the request of the family, masks will be required.

The family of John Vernon Nunez created this Life Tributes page to make it easy to share your memories.