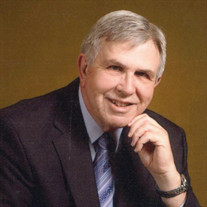 Lacassine – John P. Juneau, 71, passed away Monday, June 20, 2016 in his residence. John was born in Fenton on December 28, 1944 to the late Joseph George and Josette (Landry) Juneau. He was a 1962 graduate of Fenton High and a 1966 graduate of Mc Neese State University. John was a member of St. John the Evangelist Catholic Church, where he served as a lector. He was a teacher, coach, assistant principal and principal of Lacassine High and later he became Supervisory of Auxiliary & Support Services and served as Assistant Superintendent of the Jeff Davis Parish School Board, for a total of 44 years in education. Coach Juneau led the Lacassine Lady Cardinals to six state championships, and 3 runner ups; was the National Coach of the Year in 1982 and was elected to the LHSAA Hall of Fame. He was a charter member of the Knights of Columbus, Council # 9281, where he served as recorder, and a current member of bother Jeff Davis Water Commission #1 and the Jeff Davis Parish School Board. John is survived by his loving wife of 38 years, Mary (Broussard) Juneau; sons, Cassidy Juneau and wife, Lisa, and Damian Juneau, both of Jennings; brother, George Juneau of Lacassine; sister, Sedelia Faulk and husband, Denis, of Bossier City; mother-in-law, Mary Winona Broussard; 1 grandson on the way; numerous nieces & nephews and brother & sister-in-law’s. Preceding him in death were his parents; daughter, Traci Juneau; nephew, Steven Dupont and father-in-law, Roland Broussard. Visitation begins Tuesday, June 21, 2016, in the John Juneau Gymnasium in Lacassine from 3 p.m. until 10 p.m., with a rosary at 7 p.m., and will continue in the gym on Wednesday from 8 a.m. until 12 p.m. A Mass of Christian burial will be in St. John the Evangelist on Wednesday at 1 p.m. with Father Rojo Antony officiating. Burial will follow in Lacassine Cemetery under the direction of Johnson & Brown Funeral Home.

The family of John P. "Coach" Juneau created this Life Tributes page to make it easy to share your memories.

Send flowers to the Juneau family.