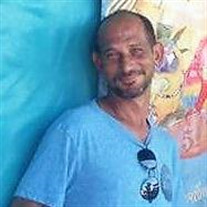 Jonathon Boullion, 36, passed away on Monday, February 20, 2017 in his residence. Jonathon was born on February 13, 1981 in Lake Charles to Steven and Leona (Broussard) Boullion. He graduated from South Cameron High. Left to cherish his memories... View Obituary & Service Information

The family of Jonathon Blaine Boullion created this Life Tributes page to make it easy to share your memories.

Send flowers to the Boullion family.