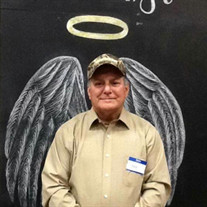 Iowa – Kenneth Ray Ardoin, 66, passed away December 25, 2015 doing what he did best, serving others at the Water’s Edge Church annual Christmas dinner. Ken was born August 20, 1949 to Melvin and Geraldine Josephine Ardoin. He was an active member of the Lake Charles Gun Club, a champion Skeet Shooter and a past member of the Lions Club. Ken was a faithful member of Waters Edge, where he served as an usher and served in other capacities in the church. He was a past Golden Glove winner and enjoyed boxing, hunting and fishing. He is survived by his companion, Debra Bertrand of Iowa, father, Melvin Ardoin, Sr., children, Tamma Powell (Chris) of Moss Bluff, Jeremy Ardoin (Holly) of Clarksville, TN, Justin Ardoin (Erin) of Moss Bluff and Kenny Ardoin (Hailie) of Sulphur, LA; siblings, Melvin “Cowboy” Ardoin, Jr. (Brenda) of Lake Charles, Tony Ardoin (Melinda) of Beaumont, TX and Sharon Martinez (Carlos) of Houston, TX. Ken is also survived by 10 grandchildren. He is preceded in death by his mother, Geraldine “Gerry” Ardoin and grand-daughter, Paige Ardoin. Funeral services will be held in Johnson & Brown Funeral Home on Thursday, December 31, 2015 at 1 p.m. with Pastor Tony Bourque officiating. Burial will follow in Lacassine Cemetery. Visitation is Wednesday from 5 p.m. until 9 p.m. in the funeral home and continues Thursday from 9 a.m. until the time of service.

Iowa &#8211; Kenneth Ray Ardoin, 66, passed away December 25, 2015 doing what he did best, serving others at the Water&#8217;s Edge Church annual Christmas dinner. Ken was born August 20, 1949 to Melvin and Geraldine Josephine Ardoin. He was... View Obituary & Service Information

The family of Kenneth Ray Ardoin Sr. created this Life Tributes page to make it easy to share your memories.

Send flowers to the Ardoin family.