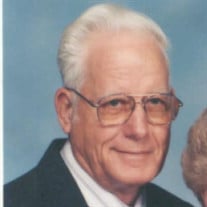 Lake Charles – Lonnie R. Mancil, born in Folkston, Georgia on May 25, 1928, son of the late Henry Mancil, Jr., and Neita Grooms, passed away surrounded by his loved ones on Friday, January 21, 2022, at the age of 93. A graduate of Pierson High School, Lonnie entered the U.S. Airforce on March 1, 1958 and served honorably until he retired in 1969. He enjoyed fishing and being with his family and friends. He is preceded in death by his parents; wife, Anna Mancil, and stepmother, Gertrude Mancil. Lonnie is survived by his sons, Reynold Lee Mancil and wife, Missy; David T. Mancil and wife, Maxine; Richard A. Mancil and wife, Lisa, and Jerry W. Mancil; sisters, Lucille Holt and husband, Cecile, and Louise Bullard; 10 grandchildren, and 20 great-grandchildren. Funeral services are Tuesday, January 25, 2022 at 10 a.m. in Johnson & Brown Funeral Home of Iowa. Burial will follow in Lacassine Cemetery under the direction of Johnson & Brown Funeral Home of Iowa. Visitation begins Monday in the funeral home from 5 p.m. until 8 p.m. and will resume Tuesday from 8 a.m. until the time of service at 10 a.m.

The family of Lonnie R. Mancil created this Life Tributes page to make it easy to share your memories.

Send flowers to the Mancil family.