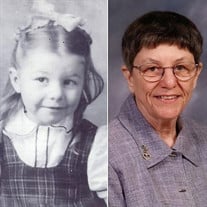 Iowa – Margaret Anne Foreman Schmidt Brignac, 83, died on Thursday, September 9, 2021, in her home surrounded by her loving family. She died after a short hard-fought battle against Glioblastoma. Margaret was born on February 6, 1938, in Iowa to Asa and Frances Foreman. She was a 1956 graduate of Iowa High School and a 1960 graduate of McNeese State University. She taught elementary school throughout Calcasieu Parish for many years before transitioning to library work. She loved working in the library, both in the schools and in the Calcasieu Parish Public Library system. She retired as branch manager of the Iowa Branch in 2003. She was a very active member of St. Raphael Catholic Church where she served as a Lector, member of the Altar Society, extraordinary minister and delivered Eucharist to the home bound each week as long as she was able to. She was also an active member of the AARP and participated in the Senior Olympics for a number of years. Her greatest joys were working in her garden, and her being with her grandchildren. Her other hobbies included painting, traveling, reading and doing puzzles. She was a devoted wife to Richard M. Schmidt for 33 years and Joseph D. Brignac for 10 years, both of whom preceded her in death. Also preceding her in death were, 4 brothers, Hilliard, Calvin, Joseph Foreman and an infant brother; and 1 sister, Undine. Sisters-in-law, Mary Lee Foreman and Ruby Foreman. Survivors are her daughters, Ann Martin (Steve) and Amy Manderville (Jeremy) all of Iowa. Grandchildren Emily, Isaac and Aaron Burleigh and Kai Penny. A brother, Frank Foreman; and sister, Mary Hidalgo (Vernon) all of Iowa. Sister-in-laws, Lucy and Lucille Foreman; stepchildren: Curtis (Nancy) Brignac, Paul (Diane) Brignac, Ramona (Jerry) Buquet, Patricia (Marty) Battles. Step-grandchildren, Brandy Sawyer (Lee), Kasey Clifton (Colby), Jesey Crafton (Jared), Koby and Bryce (Bailey) Buquet, Marley Sellers (Matthew) and Mason Battles. A Mass of Christian burial will be held in St. Raphael Catholic Church on Saturday, September 11, 2021, at 11 a.m. Rev. Anthony Fontenot, Celebrant. Visitation will begin in the church on Saturday at 8:30 am until 11 a.m., with a rosary recited at 10:00 a.m. Burial will follow in Lacassine Cemetery under the direction of Johnson & Brown Funeral Home of Iowa.

Iowa &#8211; Margaret Anne Foreman Schmidt Brignac, 83, died on Thursday, September 9, 2021, in her home surrounded by her loving family. She died after a short hard-fought battle against Glioblastoma. Margaret was born on February 6, 1938,... View Obituary & Service Information

The family of Margaret Anne Foreman Schmidt Brignac created this Life Tributes page to make it easy to share your memories.