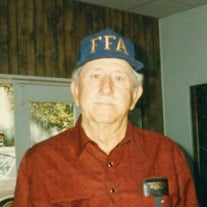 Iowa – Nelson Joseph Matt, 94, passed away Friday, September 1, 2017 in a local hospital. Nelson was an Army veteran of WWII he served in the 503rd paratrooper regiment in the pacific theater. While he was in the pacific his unit fought in New Guinea and the Philippines. They were most famous for Jumping on Corregidor and taking back that island from the Japanese. During his 4 years of service he was awarded a Bronze Star, two Purple Hearts, the American Campaign medal, the Asiatic-Pacific Campaign medal, the Philippine Independence medal, the Philippine Liberation medal and the CIB which is awarded only to men who were trained infantry and were in actual combat with hostile force. He achieved the rank of Sargent. He was very proud of his service, his country, the American Flag and being a “PARATROOPER” with The Rock Paratrooper Regiment. Nelson was born in Mowata, LA to the late Theoophile and Clarice Mott on August 1, 1923. He was a member of Veterans of Foreign Wars, Disabled Veterans and attended St. John the Evangelist Catholic Church. Left to cherish his wonderful memory are his sons, Estel (Judy), Patrick (Shari), Marlin “Marty” (Caroline), Marvin “Mart” (Dina), Jairus (Belinda), Michael (Theresa); daughters, Pamalin Molitor (Roy), Roxanne Strealy, Mary Ann Lyons, Tracey Breaux (Jason); 27 grandchildren; 43 great-grandchildren and 4 great-great grandchildren. He is preceded in death by his wife, Bernadine Nella Matt; parents; son, Kevin Matt; brothers, Clifton and Isaac Mott; sisters, Velma Mott and Eldine Mallet; and Sons – in – Law Walter Strealy and Lance Craig Lyons A Mass of Christian burial is Wednesday, September 6, 2017 at 11 a.m. in St. John the Evangelist Catholic Church ~ Lacassine. Father Roland Vaughn will officiate. Burial will follow in Lacassine Cemetery with military honors. Visitation is Tuesday in Johnson & Brown Funeral Home from 4 p.m. – 9 p.m., with a Cursillo rosary to be recited at 7 p.m. and will resume Wednesday in the funeral home from 8 a.m. – 10:30 a.m.

Iowa &#8211; Nelson Joseph Matt, 94, passed away Friday, September 1, 2017 in a local hospital. Nelson was an Army veteran of WWII he served in the 503rd paratrooper regiment in the pacific theater. While he was in the pacific his unit fought... View Obituary & Service Information

The family of Nelson Joseph Matt created this Life Tributes page to make it easy to share your memories.

Send flowers to the Matt family.